With big tech's moves in the news today, it's now even more important to consider free Linux for your operating system, see Why Linux is your FAST escape from control.
Due to lockdowns, there are some part shortages in the supply chain, please contact us to check stock of a PC before ordering. We should be able to find FAST alternative parts where necessary. Thanks!

How to choose a CPU chip
Previous Page

How to choose memory
Next Page

How to choose a video card for a PC

Integrated graphics for most

The graphics processors integrated with Intel Celeron, Pentium and Core 6th generation CPUs are breakthroughs in integrated graphics performance. These will do an excellent graphics job for the majority of PC users who are not serious 3D gamers.

Intense competition exists between the two video card designers, AMD and NVIDIA, at most performance levels of video cards. We don't recommend either of their low end cards. It's better to save with integrated graphics which have now become really good if you're not a serious gamer or better to get a higher class of video card if you are. 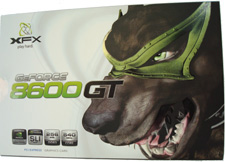 A video card with the powerful NVIDIA GeForce GTX 1050 GPU with 2 GB video memory, is a video card we would recommend for the majority of gamers who use 20 inch to 24 inch LCD monitors, gaming at 1920 x 1080p resolution.

The NVIDIA GeForce GTX 1070 GPU with 8 GB video memory is a great choice for a high end video card.

In this category we would recommend the NVIDIA GeForce GTX 1080 GPU with 8 GB video memory.

It's not a bad idea though for extreme gamers, and we recommend it, to plan ahead for a dual video card Crossfire or SLI configuration when they design their PC starting with selecting a motherboard that supports at least two video cards at PCI Express Gen 3.0 at x8 x8 speeds and better still at x16 x16 speeds. That way when the price of the single video card you originally installed drops by a significant amount in the future, you can add a second one.

How to choose a CPU chip
Previous Page

How to choose memory
Next Page